Getting onboarding and member engagement right for 2,500 lifesaving volunteers.

St John Ambulance Australia (Vic) (SJAV) is a not-for-profit organisation, and part of the international organisation that consists of eight Priories that form the Order of St John.

SJAV is the largest and most comprehensive provider of First Aid & Event Health Services in Victoria, with a volunteer base of more than 2,500 members.

Yarra Division forms part of 47 divisions spread across the state, which is the local home of the members.

Onboarding new members was becoming challenging due to an increasing intake schedule and a poor induction process. Existing members were becoming disengaged from the organisation. I set about to rectify this at a local and state level.

Having not long been through the process myself, I was able to make several assumptions and kick informally interviewing members off quickly. Due to the nature of the organisation and exisiting membership, I didn't want to formalise the process. Instead, I opted to ask several questions to each new member we on-boarded, the existing leadership team and several members.

This gave me a greater understanding of the challenges facing new members from different backgrounds, as well as bringing light to the concerns of longer term members.

To gather further insights and narrow down key challenges, targeted and division wide surveys were conducted.

The targeted surveys focused on new members at different points in their on-boarding, with a 100% completion rate. This checked to ensure members were comfortable and gave them a chance to raise concerns.

The major survey of all members saw a 54% completion rate, calling out everything across the division, from events to training, food to entertainment and reason for being a member.

Based on the data found within interviews and surveys, as well as existing organisational documents, I was able to map our member journey from on-boarding to retirement.

This ensured I was clear on some of the key challenge points and gave me greater insights into areas which could be improved.

Across interviews, surveys and journey mapping, some of the key insights I gained included:

To alleviate immediate concerns from new members, I wrote and initiated new standardised emails, which outlined all the important pieces of information.

These reduced queries, but increased new member contact; exactly what their purpose was.

Before members start at the division, they attend an information and interview session. I facilitate this session fortnightly and was able to redesign the format and information presented.

This gives members, no matter at which division they end up, a baseline set of key information.

Addressing culture and fit was perhaps the most important. Failing this means all the work going into new membership could be lost.

I worked hard along with the leadership team to make this a more engaging and useful night for members. This drove community spirit and empowered our presenters.

To maintain engagement beyond meetings and direct touchpoints, social media was important. It allowed us to distribute information at important times and drove member engagement and belonging.

We went from just a few people checking to consistent posts from various members, garnering views from 80% of the membership.

‍* An efficient member is one who completes at least 60 hours and 10 shifts per year.

I learned an extraordinary amount with this project. It not only drove me to understand and improve my general UX skills more, but increased my knowledge of organisational and operational design.

It was a lot of fun putting my skills into practice outside of the ordinary tech-based usage.

I am currently in the process of taking these learning and applying them to a wider audience.

Some of the assets and research options used as part of this piece of work. 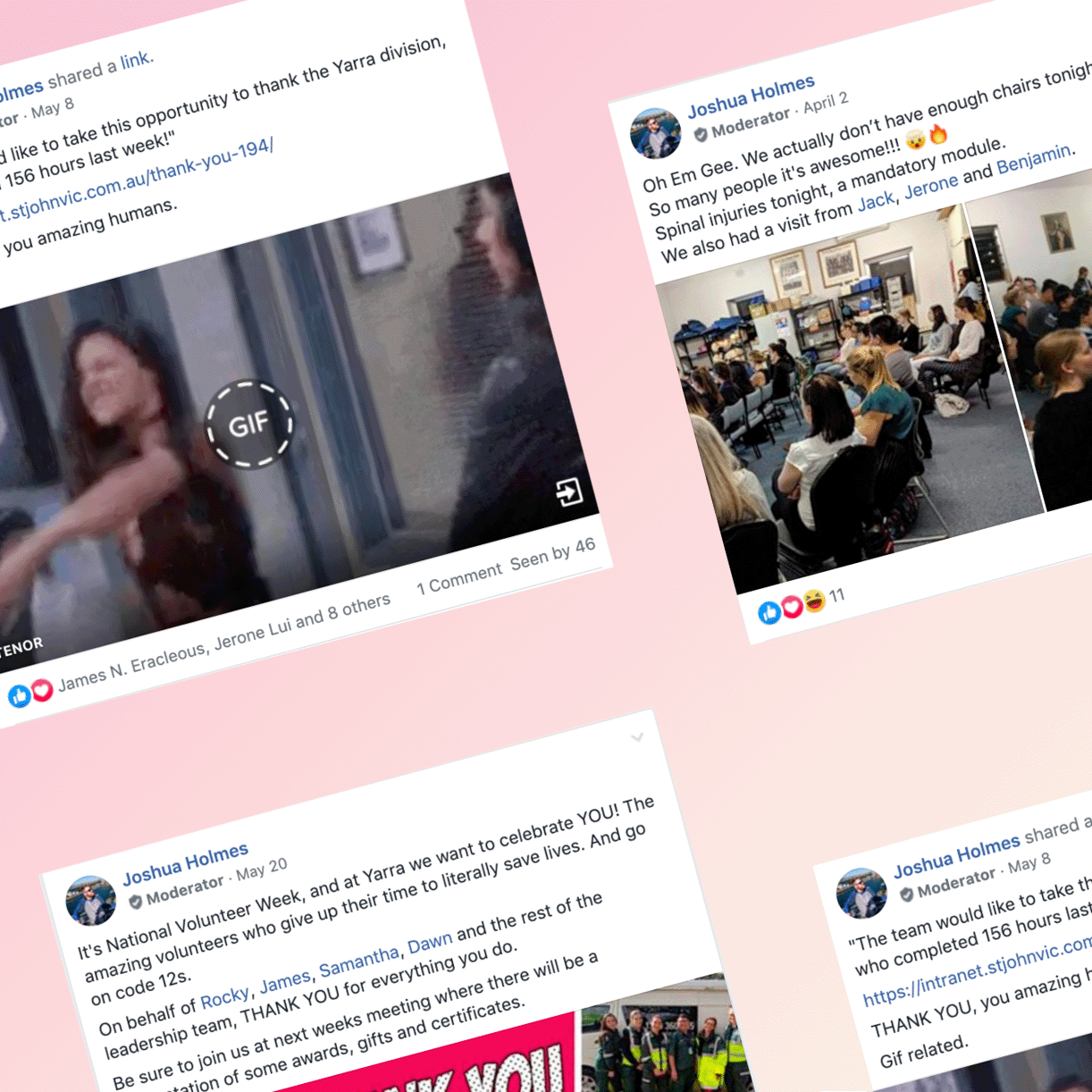 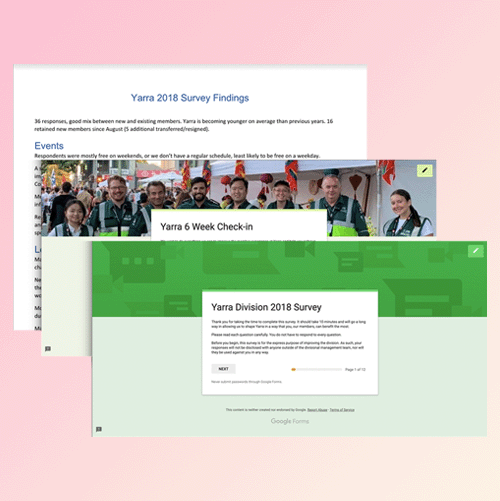 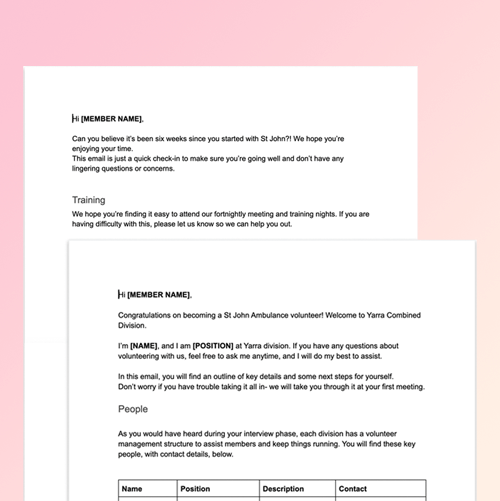 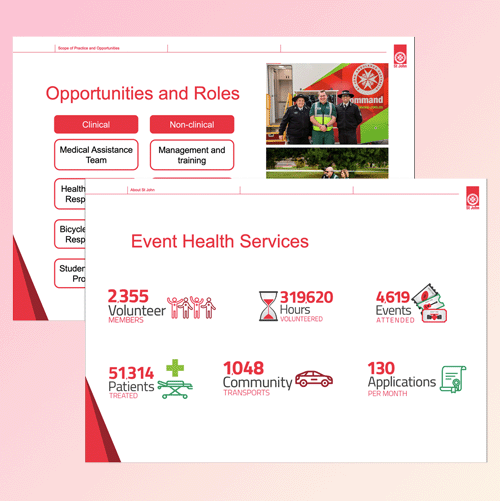 More about this project

I've written up a full case study for this project over on my blog.